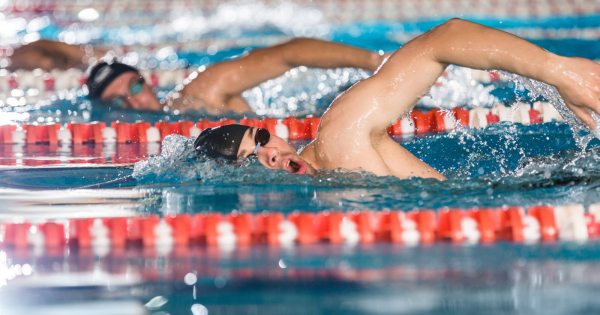 Swimming is a very old sport and has become very popular over time thanks to its calorie-burning reputation. It also has a lot of interesting facts! Have a look at three such facts you probably didn’t know, and wow your swimmer friends the next time you meet.

You Sweat While Swimming

It may be hard to notice this, but when you swim as hard as elite and competitive swimmers do, you lose a lot of water in the form of sweat. Different environmental factors can play a role in your sweating as well. These include swimming in a pool with warm water and generally warm air around the pool. To avoid suffering from dehydration, make sure you drink water every now and then while swimming. If you’re thinking of constructing a pool on your property, find a good pool company and let them know if you need shade over your pool area or a tap for drinking water nearby.

Benjamin Franklin, the inventor of bifocals and lightning rods, also invented swim fins. They’re commonly known as swim paddles if you want to find them from a pool company near you. He invented them at just 11 years of age so they could help him catch more water with each stroke, therefore propelling himself further. He was an avid swimmer, so this came as no surprise! Franklin was even inducted into the International Swimming Hall of Fame as an honored contributor in 1968.

Ancient Samurai Had to Be Skilled Swimmers

This third fact concerns the ancient Samurai of Japan. Besides being skilled swordsmen and combatants, they also had to be skilled at swimming. This is because Japan is an island, so an army good at swimming had a great advantage against enemies. Suijutsu developed from this, as it’s the art of combative swimming. It involved swimming in full armor, climbing on board boats, and swimming against strong currents.

According to the U.S. Census Bureau, the fourth-most popular activity or sport in America is swimming. This makes having a pool a great thing for any family, and it’s something that a good pool company can help you acquire. Contact Blockco for your pool needs today!